A tarot card game about moon phases and casting spells. 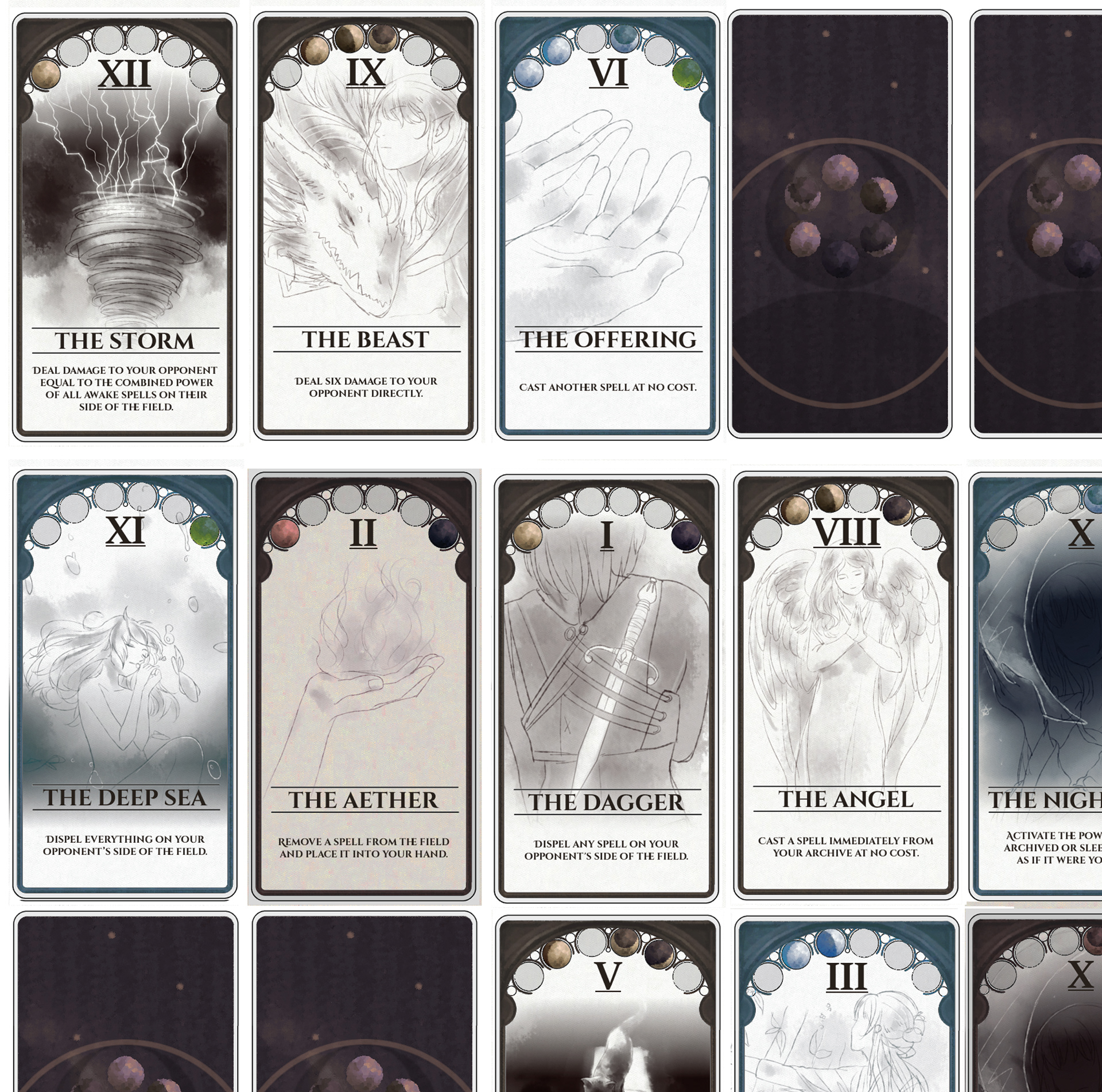 Melinoe is a game where two players assume the roles of two witches, using their spells to battle under the moon with the goal of killing the other witch to gain the control of fates. Two players learn about their fates and rituals from the spellbooks in front of them, and the power of their magic is decided by the phase of the moon in the night sky.

I made Melinoë with 3 other classmates. At the beginning of our project, we firstly decided three constraints for our game: two-player game, drafting game and tarot cards. When we gathered together to discuss, we thought it better to not to write text on the cards so the mechanism of Yomi became the primary focus of our game. Also, we came up with the idea to use the moon phases to decide the power and the availability of the cards. However, during the following playtest with our professor, we found that our current Yomi mechanism did not really demand strategies or choice-making from the players. Therefore, finally after a series of discussion, we decided to eliminate the “counter something” part of our game and put text on our cards to indicate power. Also we reinforced the idea of moving phases deciding power of the magic and added more moon phases. In the meantime, we carefully chose names for our cards based on the power they have so that they became more “tarot cards” like. Then our game basically had a working framework and next we just kept playtesting, made small changes and adjustments to the power of the cards, started drawing the pictures on each card and designed the border of all cards. During the following playtest, our professor pointed out that 12 different cards were not enough to keep players’ curiosity so that we should add more different cards to make the game more replayable and have more depth. After brainstorming and discussion, we decided to add two versions of each card. So in total, there are three versions of each card: the regular one, the evil one and the blessed one. In the meantime, we continued to tweak the designs and drawing of our cards.
I'm primarily in charge of game design, card design and drawing illustrations for this project.